KotakuInAction2
Communities Topics Log In Sign Up
Sign In
Hot
All Posts
Settings
Win uses cookies, which are essential for the site to function. We don't want your data, nor do we share it with anyone. I accept.
DEFAULT COMMUNITIES • All General AskWin Funny Technology Animals Sports Gaming DIY Health Positive Privacy
80 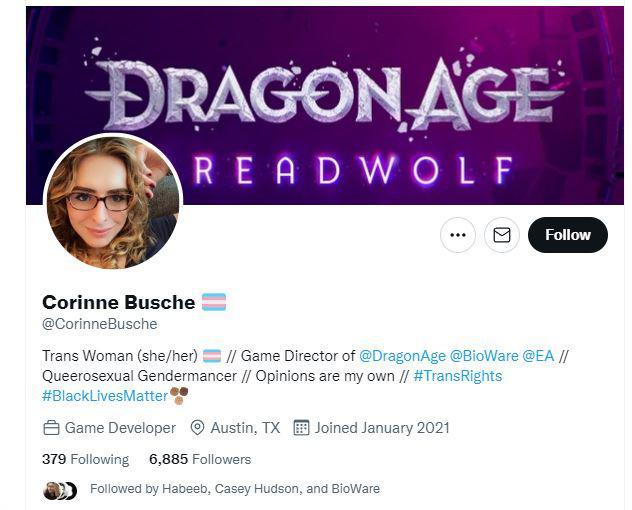 Liked the first one, skipped the rest, so no loss for me.

Same. First was dope. Second was meh. Never looked back at the series. I did enjoy the character of the first tho.

Second had potential with the thematic of "We revisit the same places and how they change over the years". It was (and is) something that is not really explored in RPGs, so I don't mind that they tried something different.
Execution of it was messy, because areas were too similar (even when they were different locations). Area layout should have only been similar in the same location over time.
Story also suffered a bit from it, but honestly it was fine for me. Try something different, it might work.

But the whole wave combat system was way overdone and ruined the game for me. It would've been fine for a few encounters where it makes sense that the enemy sounds the alarm and reinforcements show up after a while, but it was used in every fucking fight.
It boiled down to "I cannot use my expensive skills, because in a round or 3 new enemies might spawn and I want to save the abilities for that". Until the fight was over and you thought "Fuck, that would've been easier if I used ability X".

Good analysis. I honestly didn't even play that far as I got bored immediately. Dragon age origins I played over like 4 times in comparison.

The logo actually made me think it was a spin-off graphic novel or visual novel or some shit.

Nothing about that says 'epic BioWare RPG'.

They fell so far from the Balder’s Gate and Mass Effect days.

How doctored is that pfp? Anyone have a candid reality shot?

I'm not a fan of horror, but I'd sure love to spam a side by side comparison on their Twitter infinitely.

Amusingly enough "hitch-cock" is another medical condition that only affects trans people, where their attempt to hide the bulge fails horribly and the tape only sticks the end of the shaft to the leg. It's also referred to as "elephanting" or "pulling a tyler reks".

I went ahead and checked on twitter because some of them just use AI pics.

Here is one with no makeup from a post hairline transplant. Mr Gay, he is bleeding!

and here is one that is certainly doctored (note the eyebrows from this and the recovery pics) of his transition update.

Honestly, this one seems to actually put in effort unlike like 90+% who are just fat bald men who get their rocks off from wearing pantyhose in public.

Not doctored enough to hide the fact that its still a man.

I've applied at smaller game companies in the past and I'm always shocked that I never get called back for an interview while troons like this infest bigger studios.

Just claim your a troon and youll get hired right away.

I don't want to work for giant corpos like Activision or EA.

Unknown, it has not so far become accepted into the academic circles yet, as far as I know. The little I can find on less "official" sources seems to indicate more along the lines of a shapeshifter?? But also seems to be more of an internal joke (but who knows with the madness of the group we speak of).

Perhaps, I don't have the HUMINT in this regards where it is discussed, And the concept seem to be obscure enough or internal enough that it is not discussed much to my knowledge, Or I am just missing the sources.

None of them are

It's why I put actual in quotations

Maybe it's a new class in the game.

Super powerful spells cut the enemies' dicks off and then a couple of years later they kill themselves.

I enjoyed the first one. Color me shocked when I discovered that the guy who wrote it was a whackjob extraordinaire.

I've never been so excited for a new product since the Funko pop of Rei Skywalker!

Are Funko Pops still a thing or have they already hit the Beany Baby barrier?

Games that cost over 30 euros are shit anyway,

Just give it time, they'll take care of it themselves.

But I find them revolting and inescapable now.

they're a problem now.

I think I'm in the minority that actually liked Inquisition, yet I'm done with them from here on out. New AAA games for the most part for me are garbage until proven otherwise.

Inquisition wasn’t awful, it was better than 2. Still pretty pozzed though.

Yeah, Inquisition was great and I even liked Mass Effect Andromeda. I have a feeling the woke messaging will be much more prominent from now on though.

Anyone who cares about Bioware at this point is an NPC. Everyone who made that company special has either jumped ship or pozzed themselves into creative suicide.

I though the pink and purple design was out of character for the game, now I know why.

Anyone who was still excited from Dragon Age after 2, let alone Inquisition, wasn't smart enough to see red flags like this to begin with.

They transition between man and furry.

I think they know they're releasing a piece of shit and they're using this unfortunate confused dude as a human shield so they can claim people don't like it because muh fake phobia.

I'm going to replay Fallout 2 so I can sell my wife into slavery then tell her Dad so he has a heart attack.

Throne of Bhaal is BG3 as far as I'm concerned.

I'm heading back to my roots personally and rolling around as a Fighter with a big ol' sword. Gonna edit Viconia to be a thief and just get back to the core archetypes with Anomen and Imoen rounding it out. I don't think I've ever actually tried out thief without a kit. Should be interesting to see how it goes.

Imagine trying to write a Viconia in a game these days lol. "I'm yours to command". The character basically wants to be told what to do by a strong male type who won't take her BS and doesn't show weakness.

She also manages to show a fair bit of weakness despite being a ruthless cutthroat. You'd never see that today.

There was a lot of great writing in that game that wouldn't make it into a game today, like that peasant outside the circus tent basically saying "women, am I right?"

Wasnt the most recent one pretty gay already?

I had no hopes for it after Project Joplan was scrapped years ago. It was by far their best idea how to handle DA4 expansion of the Mission Table focus on running an underground operation in hostile territories.

But knowing how much these kind of goons are triggered by the very mention of slavery being done by evil people then any chance of the Imperium getting that payoff after three games building up its mistuque isn't gonna happen.

Doubly so being saddled with the Anthem Engine.

There's actually idiots who are excited about Bioware's trash?

They've been publishing shit games for over a decade.

Only the first was halfway good. 2nd game was wasted potential. And there's nothing good to say about the 3rd.

Liked the first. Second and third were crap. Bioware hasnt made a good game in over a decade so ill pass

Loved the first two - third was "meh" with too much social politics. Now? Fuck. That.

Wow these people just love putting a laundry list of reasons to lower your expectations and opinion if them don't they? Good thing dragon age was a piece of shit right out of the gate.