AM NYC (#Antifa) is calling for a "Week of action" from Dec 3-10th to avenge Michael Reinoehl - who they lie about, calling his stalking and murder of Jay Danielson self defense. They use an image of pedophile Kenneth Deberry sucker punching a Trump supporter as promo material.

The Base BK, a NYC based Anarchist "center" which is sharing this is the organization @Project_Veritas & @JamesOKeefeIII infiltrated. They're closely related with the RAM, having significant overlap of people.

Some prominent people within The Base

Avenge Michael Reinoehl - Week of Action Dec 3-10th From RAM NYC. Take action to help us honor a fallen comrade and to draw attention to an extrajudicial assassination by the US regime. #AvengeMichaelReinoehl

The Base is a revolutionary anarchist center in Brooklyn committed to the spreading of anarchist ideas and organizing. We will establish a growing model in NYC.  Bushwick, Brooklyn

On Thursday, September 3rd, 2020, state agents murdered antifascist Michael Forest Reinoehl in cold blood in Washington state, by direct order of fascist US president Donald Trump. This is the first extrajudicial assassination of an antifascist directly by this regime in the United States.

This year's so bad I have no idea how to start.

In 1932, Duranty received a Pulitzer Prize for a series of reports about the Soviet Union, eleven of which were published in June 1931. He was criticized for his subsequent denial of, and thereby exacerbation of, widespread famine (1932–1933) in the USSR,[1] most particularly the famine in Ukraine. Years later, there continue to be calls to revoke his Pulitzer. In 1990, The New York Times, which had submitted his works for the prize in 1932, wrote that his later articles denying the famine constituted "some of the worst reporting to appear in this newspaper".

LIVE in Toronto: Indigenous rights protestors have taken over the busy intersection at Yonge and Dundas in solidarity with the Wet’suwet’en nation.

27
Axios journalist whines about neighbour having people over for Thanksgiving. Search of his Twitter shows zero rage about the governor of California, the mayor of Chicago, the mayor of Denver or the governor of New York's Thanksgiving plans. (twitter.com)
posted 8 hours ago by YesMovement
27
1 comment share
1 comment share save hide report block
16

Anyone else think this might be it for WoW?

Shadowlands just isn't doing it for me. I look at my characters, in full kit warfront armor, and I look at the factions and the Shadowlands armors and dungeons, and all I feel is "Nah."

I played my Velf warlock up to 60 and I just can't be bothered to do it again. It's just not fun, there's several hours of unskippable narration if you add up all the quests. The story and setting are a mess, they've succeeded in making the afterlife look like the FUCKING DMV.

The Kyrian zone irritated me more than anything else. I'm supposed to motivate some whiny wuss acolyte and I'm thinking where's the option where I say "Do you know who I am? See this scythe? I'm gonna ram it up the jailer's ass and rip his spine out like a zipper." Genuinely pleased when the place went to hell and I'm like "now we're talking" and start summoning kamikaze demons.

This should be self-evident from the title, but I'm curious if the community would like to create an award listing and maybe some categories for games that we believe should be recognized and praised.

Considering that game journos are all Leftist pinko trash who should be helicoptered to the nearest volcano as the enemies of the people, and are at the very best: best a bunch of worthless bio-lenninst failures who's only goal in life is to be nothing more than corporate cock-sleeves using access-journalism to gatekeep themselves into positions of narcissistic self-importance within a giant incestuous harem of degeneracy and corporate cuckoldry, of which, even the light & majesty of God can not re-moralize. Given all that, we should probably just rely on our own experiences to disseminate the valuable human capital of what is, and is not, a shitty game.

If you want, I can offer up some categories and an electoral process that I think would work and would prevent fraud, corruption, and brigading. I'll leave my ideas in the comments, but I'd like your input on if we should undergo such an award system.

First off happy Thanksgiving KIA2. If anyone is bothering watching the Macy's Day parade they might notice something peculiar. Mostly that you would be hard pressed to find a white male anywhere outside of masked background actors and of course the NYFD. The past hour alone was 80-90% purely black and 'mixed' people. Were reaching Black Panther levels of diversity everywhere. 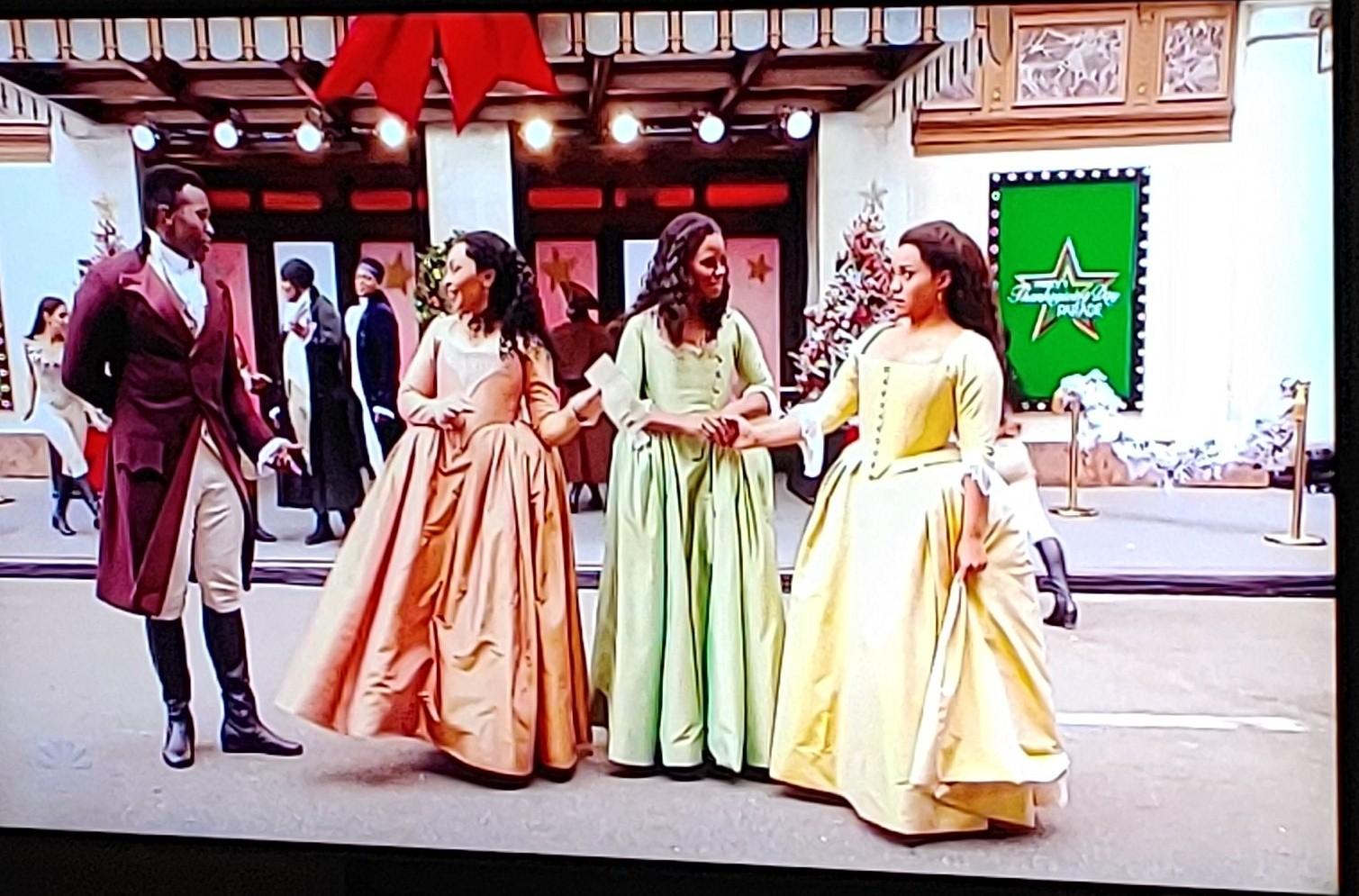 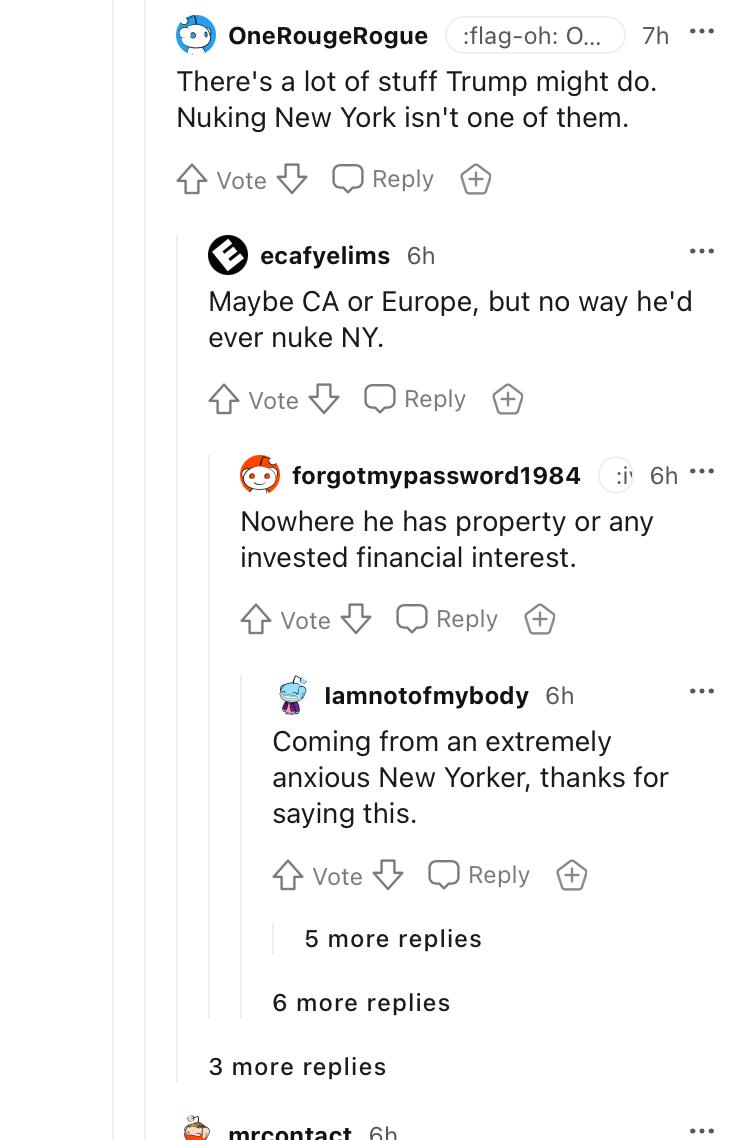 So, a story on this is here, and the full opinions are here. There's been a long-running series of lawsuits coming out of NY (and probably other places too, I'm just more focused on NY cause I live there) over the fact that Cuomo decided to limit the number of people who could attend religious services due to the virus. In a 5-4 decision, the Supreme Court shut down the rule yesterday.

But, the reason I'm posting this here is not so much the ruling itself (though I think its a huge win for freedom overall), but because of the rationales. I can't help but think that only one of them is actually caring about the law.

For the majority opinion, written by Gorsech, had the following opening and closing lines.

Government is not free to disregard the First Amendment in times of crisis.... It is time—past time—to make plain that, while the pandemic poses many grave challenges, there is no world in which the Constitution tolerates color-coded executive edicts that reopen liquor stores and bike shops but shutter churches, synagogues, and mosques

The Nation is now experiencing a second surge of infections....The nature of the epidemic, the spikes, the uncertainties, and the need for quick action, taken together, mean that the State has countervailing arguments based upon health, safety, and administrative considerations that must be balanced against the applicants’ First Amendment challenges.

I'm sorry, what? Since when does the Supreme Court rule on health arguments? The text is very clear, "Congress shall make NO LAW respecting an establishment of religion, or prohibiting the free exercise thereof; or abridging the freedom of speech, or of the press; or the right of the people peaceably to assemble, and to petition the Government for a redress of grievances." It doesn't say "Congress shall make no law unless there's a virus which has a <2% fatality rate across the whole population." This is an attempt at an insane new level of judicial activism. This isn't twisting the law to fit, this is saying "well, the law is nice and all but doesn't matter here"