KotakuInAction2
Communities Topics Log In Sign Up
Sign In
Hot
All Posts
Settings
Win uses cookies, which are essential for the site to function. We don't want your data, nor do we share it with anyone. I accept.
DEFAULT COMMUNITIES • All General AskWin Funny Technology Animals Sports Gaming DIY Health Positive Privacy
37 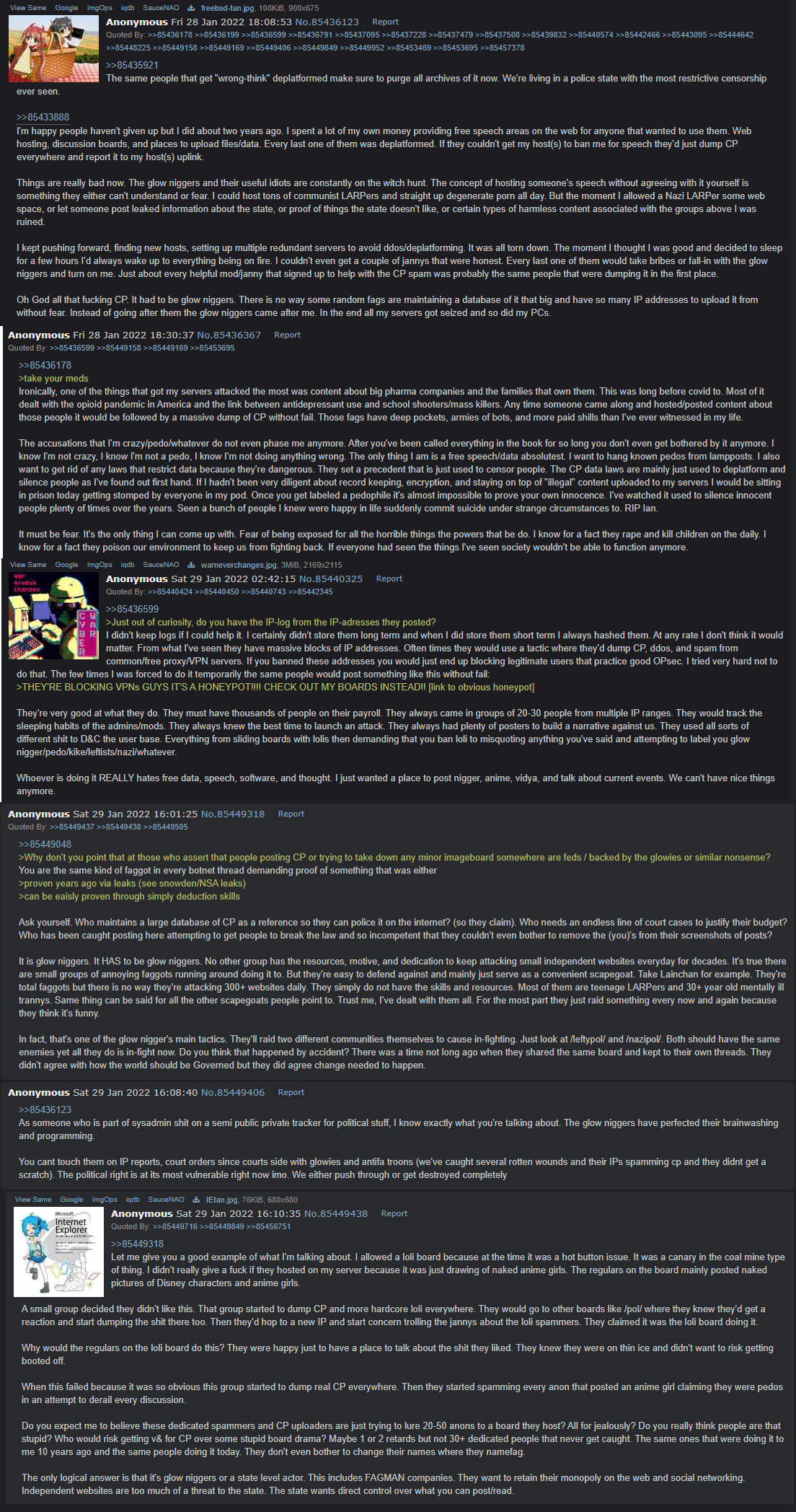 This reminds me of the brother of the Vegas shooter. He claimed there was absolutely no way his brother was capable of murdering 50+ people, and that it was absolutely a false flag.

Guess who got "caught" with a fucking TERABYTE of CP a few days later?

I mean seriously, a whole TB of CP. How the fuck do you manage to collect that much of that shit without getting caught? That's like committing armed robbery on the same bank a dozen times in a row and not getting caught. There's no way that was real.

No idea what happened in Vegas, except that it wasn't what the media claimed happened and it certainly wasn't a dude who owned a legal machine gun using a bump stock.

It wasn't even an MG. A bump stock doesn't change the action of a weapon between semi auto and select fire.

That said, it was def not related to the middle eastern people in the hotel the same night that got evacuated quickly, or to the feds in any way, shape, or form. Totally not. That's a weird conspiracy theory.

That was the third brother. Stephen committed mass murder, Eric talked about it and Bruce was arrested for possession of child pornography. And it was 600 images, not one terabyte.

Wakarimasem was a 4chan archive site that as of today no longer works.

Thing is it's not even the only site that does that and some of the others do still seem to be active, Wakarimasem was just newer so had less shit to search through [good thing/bad thing/good thing] so would work faster/more often [good thing] although wouldn't have the same back catalogue to search through because it was newer [bad thing]. However that also meant it would have less stuff that would get you v& if you happened to look back far enough [good thing] and end up in the wrong threads.

The reasons given in the OP pic aren't surprising, though. It's more or less the same thing LibsofTiktok got attacked for albeit on a more autistic/4chan level where archives could be used to prove previous posting history from tripcode or even to search image hashes if arguing stuff wasn't OC.

And that's just a few of the things the archive sites can do: https://i.ibb.co/8KGw2GY/stuffs.jpg

So it shouldn't be surprising if it was taken down because some 4chan sperg got pissy they were being called out on their own behaviour with examples and went the SRS route of spamming boards with illegal content that the archives would then pick up with their scrapers and then reported the archives afterward.

Our hero with the answer.

That's a pretty good read. It's also pretty interesting that the first people to comment bemoan reading it as if the criteria for what constitutes a "wall-of-text" applies to these kinds of posts.

It is, but frankly it's worth it to see into the world of someone who runs platforms like ours. Over the years I've noticed the coordinated nature of CP spammers aswell, sure as hell isn't organic.

Before anyone asks, I don't know the source of this image. I can't find the post on the 4plebs archive.

I do, and I appreciate your joke.

I don't subscribe to the fed's hidden database hypothesis. The attackers probably got such material from the dark web. Occasionally there are news about large discussion forums with hundreds of thousands of users there closing down. So many users implies there isn't even a high barrier to access to it.

Who the fuck is going to read all that?

I did, but then I also know the answer to the question in the OP so found it interesting that the site in question only really went down today and not 4 months ago as those timestamps are marked.

Teach me your secrets. I've been reading for years and can still only read at normal speaking speed.

Take it more than 1 word at a time. I typically read in clumps of 3 words. Also, there is no substitute for practice, reading a lot trains the eyes to recognize grammatical constructs that appear in many places.

How fast I read depends on what I'm reading, too. Nobody reads dense stuff fast. A typical Tom Clancy thick book I can read in a day, though.

I did. I take it you're a slow reader?

More of an unmotivated one when it comes to reading a chunk of small font.