KotakuInAction2
Communities Topics Log In Sign Up
Sign In
Hot
All Posts
Settings
Win uses cookies, which are essential for the site to function. We don't want your data, nor do we share it with anyone. I accept.
DEFAULT COMMUNITIES • All General AskWin Funny Technology Animals Sports Gaming DIY Health Positive Privacy
61 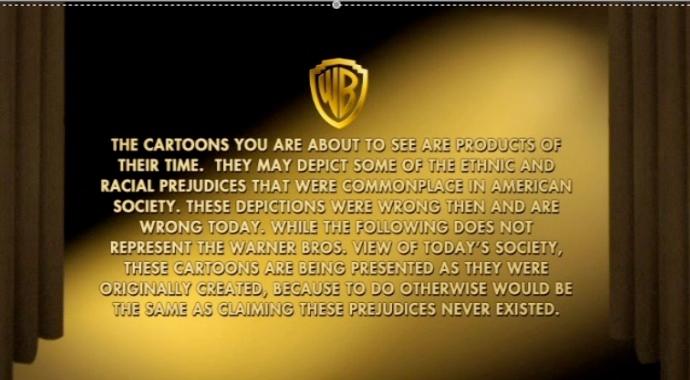 Know why the old theatrical WB cartoons were so good?

Because Jack Warner didn't give a shit what his animation department did, as long as they made money. So they had very little interference from without or above, and were free to do whatever the hell THEY thought was funny. And so they did. Warner didn't even believe that Sylvester was Mel Blanc's way of making fun of him.

All the censorship started because we didn't gatekeep. Nothing survives unless you try to preserve it.

the old cartoons are so good

Yes they were. I still watch them when I come across them

Never was okay with this. Refused to give them money when it contained these fucking warnings.

Just made it so much easier to sail the high seas.

How long ago was this?

Fuck, I don't even remember say I saw something like this 15 years ago. It was after they got called out for censoring and were releasing them on DVD.

I was never ok with this. It was as condescending and dishonest when it started as it is now.

I admit it sounded fair at the time.

But in hindsight, they are never satisfied. Ever.

What's this "we" shit? You speaking French?

I guess you never heard of the Hays Code? Film has been censored since nearly the beginning, just nobody cared about racism then. They just didn't want you to be able to see tits or extreme violence.

Things that children shouldnt be seeing (well, I guess if theyre suckling they should be seeing lots of tits).

I prefer censorship over this dishonest malarkey.

Of course they're "wrong", that's what makes them funny.

I don't know why people think being weak, capitulating faggots makes people respect them. It's been, and always will be, the opposite.

I had someone ask me a loaded question when she found out I wasn't vaccinated: "Are you comfortable with potentially killing me because you don't have the vaccine"? I just said "yep". Despite that being one of two answers to give to that question she seemed quite surprised by that. What she doesn't realize is that by asking that question, I suddenly stopped caring if she lived or died

I want to pull the same crap on the regressive left to censor their garbage NGL.

Good. Until we do to them what they do to us, but worse, they will never be dealt with.

The cartoons from this era were already being censored, revised, or simply not shown on TV by the time WB started releasing them on disc.

Gags were being cut because they contained guns, or because something blowing up in somebody's face left them looking like they were doing blackface. These cartoons became disjointed and nonsensical because of the missing bits.

MGM's Tom and Jerry cartoons had a recurring character, a black maid, only depicted from the waist down, based on Hattie McDaniel, the maid in Gone With the Wind.

Somebody determined that the voice of the maid was racist, despite the fact Hattie McDaniel actually talked like this. The depiction of the way an actual black woman of the era talked was considered racist, so they overdubbed her voice with a "modern" sounding black woman that was obnoxious and distracting because the audio quality was completely different.

At the time these were released, they were (and still are, AFAIK) the only way to see the complete, uncensored versions of these cartoons. If they were truly capitulating, there would be no warning, they would have just silently continued with the censorship and revisionism that was already happening.

Considering the blurriness of this screenshot, I don't remember seeing this "warning" before. Is this new?

It's on DVDs of the old Looney Tunes shorts.

I also couldn't find a sharper one, I looked.