KotakuInAction2
Communities Topics Log In Sign Up
Sign In
Hot
All Posts
Settings
Win uses cookies, which are essential for the site to function. We don't want your data, nor do we share it with anyone. I accept.
DEFAULT COMMUNITIES • All General AskWin Funny Technology Animals Sports Gaming DIY Health Positive Privacy
13 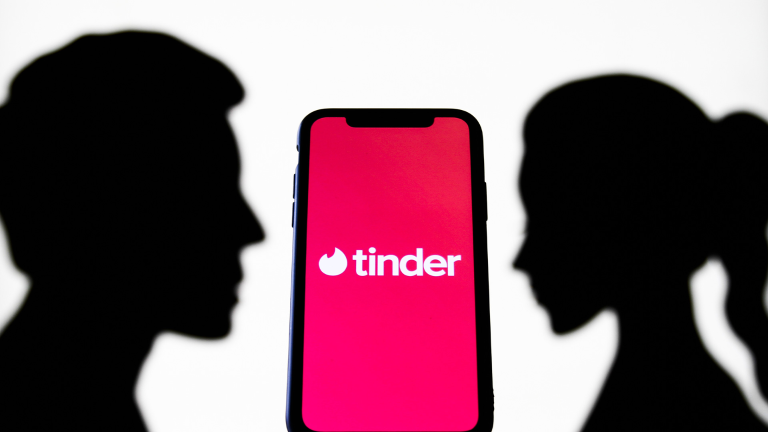 Just literal exploitation of people's loneliness. Dating apps literally helped cause the problem of loneliness and now are trying to charge absurd prices to fix it. Same (((liberal))) business model again and again.

(((Feminism))) and American parents not training their daughters to be proper ladies is what started this, apps are just a failed method of solving that problem.

Kind of hard to train women to be proper ladies when you tell women they're the same as men and no one should tell them what to do...

I'd argue that the apps are a very succesful method of taking advantage of the problem. They have no interest in solving it.

No one paying $500 a month for dates is going to get any good dates...

Modern women are whores. Escorts are honest about it.

Might was well consider yourself to be working at 250/hr if you're gonna bother with that. lol

Seriously, $500/month on escorts will give you a way better experience than $500/month on a dating app. For this to work, they better team up with Onlyfans and give Tinder Premium users a free onlyfans subscription to all women they match with or something.

With this Tinder thing, you can be going on like 20+ "dates" a month with "free" whores that might only cost you the price of dinner.

Heh, I mean, that's the "hypothetical situation". When I was using tinder actively, I probably got laid once every 3 months and it was costing me close to $1000/month on dating anyway. It's not as easy to sleep around with women on tinder as people make it out to be if you're an average guy. Remember, the actual statistics on Tinder (a bit dated) was that only 20% of the men who use tinder were having sex with women on tinder, whereas women reported about 80% of them were having sex. So the top 20% of men on tinder sleep with the top 80% of women. Anyone else, isn't getting laid. That's a lot of men that can't get any sex on tinder. A $500 escort is going to literally be better than what most men can get on tinder.

Edit - Just to add to this, I remember I used to complain on reddit about how shitty tinder was and how unsuccessful I was. When I started sharing my actual tinder stats regarding matches, dates, sex and the quality of women I was hit up with pages of comments about how I was int he upper echelon of men compared to all of them and I was getting laid once every 3 months. That to me indicates there's a huge exponential curve where the guys at the top are literally having sex 3 times a day with 3 different women or 3 different tinder girls at the same time and then it exponentially drops-off as the men's quality goes down.

In short, if you're not Chad, the $500 escort is probably better than Tinder.

It's not as easy to sleep around with women on tinder as people make it out to be if you're an average guy.

You need to be "good enough" looking to be able to get women even at a lower than average probability. All Tinder can do is boost you and advertise you, they can't make women fuck you. It's like Youtube showing your content to a lot of people.

So what are you paying for?

If all you care about is sex, and not ego, then prostitutes are probably better because you can read reviews and be selective based on lots of criteria. Most men want to feel desired and loved and are more strongly motivated by ego than lust, though.

If we wanted to discuss what an actual "useful" service might be for $500/month, there are things that could work.

Tinder has the data for this. Imagine if Tinder analyzed your photos you uploaded and told you how effective each photo was at attracting women? Then went further and made suggestions like (you need to smile more in your photos), you have too many photos with other men, you have too many photos with fish in them etc... It would need to be some very sophisticated picture AI detection to start giving suggestions but for $500/month, you should be getting these sorts of features.

Furthermore, imagine if you got a match and Tinder gave you specific details of that specific user your were matching. Our algorithm has calculated that this user has a 70% chance of unmatching people who type long sentences compared to people who type short sentences. Based on the user you've matched with's match history, she is 7x more likely to match with men who have pictures of fish on their profile than the average woman, we suggest you talk about fishing with her.

Stuff like that might actually help some guys out tbh. One of the biggest things I did to improve my Tinder was getting professional photos done. Prior to getting professional photos done, I literally bought premium then swiped right to every single woman in the city, I did this for days for months and literally got 0 dates from it. I got professional photos taken and immediately I was getting matches. Photos make a huge difference and most guys aren't good at taking photos because most guys don't spend their teenage years literally perfecting their photo taking to get attention like women do. I think most guys don't actually realize how bad their photos are so if Tinder can analyze this and start telling guys what to do to fix their photos, that would help men get laid more, or at least a certain segment of men (average guys). Different photos can't fix fat and ugly obviously but maybe the guys would be more attractive to fat and ugly women even.

If all you care about is sex, and not ego, then prostitutes are probably better because you can read reviews and be selective based on lots of criteria. Most men want to feel desired and loved and are more strongly motivated by ego than lust, though.

This is a good summary of the situation. Of course red pilled men know that only Chad gets anything close to be being "desired and loved", so they know that the prostitute is the better option unless they think they can become Chad.

With this Tinder thing, you can be going on like 20+ "dates" a month with "free" whores that might only cost you the price of dinner.

That has a lot to do with your looks (the only thing that matters on the apps), and it assumes that she's putting out on first date, which is also mostly looks with a little bit of other factors sprinkled in. Depending on how much the escort is charging, how many dates it takes to get her to put out, and how expensive those dates are it's absolutely possible to come out ahead by going the escort route, and the latter two depend a great deal on whether you're Chad or not. And that's all before you factor how much time and aggravation you're saving yourself by staying out of the radioactive minefield that feminism has turned dating into.

Escorts have less diseases than randoms on tinder. This isn't a joke, it's an actual fact. Escorts often have a strict no condom policy and it's absolutely strict because their livelihood is selling their bodies to other men, they have to stay clean to keep making money. Tinder whores don't give a shit and fuck every new guy without a condom.

Escorts have less diseases than randoms on tinder. This isn't a joke, it's an actual fact.

Oh? You have the numbers on this?

Tinder whores don't give a shit and fuck every new guy without a condom.

How many "Tinder whores" have you actually matched?

I've researched this and there is no good data.

The truth is that SOME prostitutes have strict condom policies, so they would be "safer" than unprotected sex with a tinder ho, sure, however:

And this doesn't even account for "crack whores" and the general population of women who routinely exchange sex for drugs. none of those women are practicing safe sex.

So I think the correct answer is that prostitutes have both superspreader whores who slang STDs, and responsible ones who consistently use protection. Obviously if its a regulated environment with testing, then there is more incentive to behave because a positive test will put you out of work.

This is where reviews come in handy. You can generally get an idea of how strict they are about protection, and if she's disease ridden her reviews will probably reflect that. This is why I tell men that hookers are a viable option if they're not retards about it. Picking up a $50 streetwalker isn't going to have good results.

It's eleven years old but

If you're a guy who is 7/10 and have money to burn, and you'd rather fuck tinder whores than literal prostitutes, then this will make sense.

Picture a 25 year old dude with a tech job who drops $500 in 1 night at the club trying to get pussy. He is who this is targeting.

Nobody using this service is going to be looking for a long term relationship, they're going to use it to look for "sex workers with extra steps".

I have to wonder about the logic of people who would pay $500 a month into a business model that is designed in such a way that two people matching and forming a long term relationship is not the desired outcome but an error in the system. We've made dating pay to play by making the free model so restrictive and monetising loneliness while ensuring those invested are kept in a vicious circle of giving enough incentive to remain subscribed but not enough to quit in frustration. It's like the gambling business model. And like the gambling model, the only winner is the company that runs the dating app.

Okay, $500 a month is insane, but the article is so incredibly shit I can't take it seriously. A chatbot from 2005 is more coherent than this shit. First it says "See what you'll get" and that "Tinder has announced", immediately followed by "lol noone knows", and then it talks about $60/month instead of $500, and the whole thing is like a dozen simple sentences. I... huh?!

Match Group is a cancer