KotakuInAction2
Communities Topics Log In Sign Up
Sign In
Hot
All Posts
Settings
Win uses cookies, which are essential for the site to function. We don't want your data, nor do we share it with anyone. I accept.
DEFAULT COMMUNITIES • All General AskWin Funny Technology Animals Sports Gaming DIY Health Positive Privacy
74 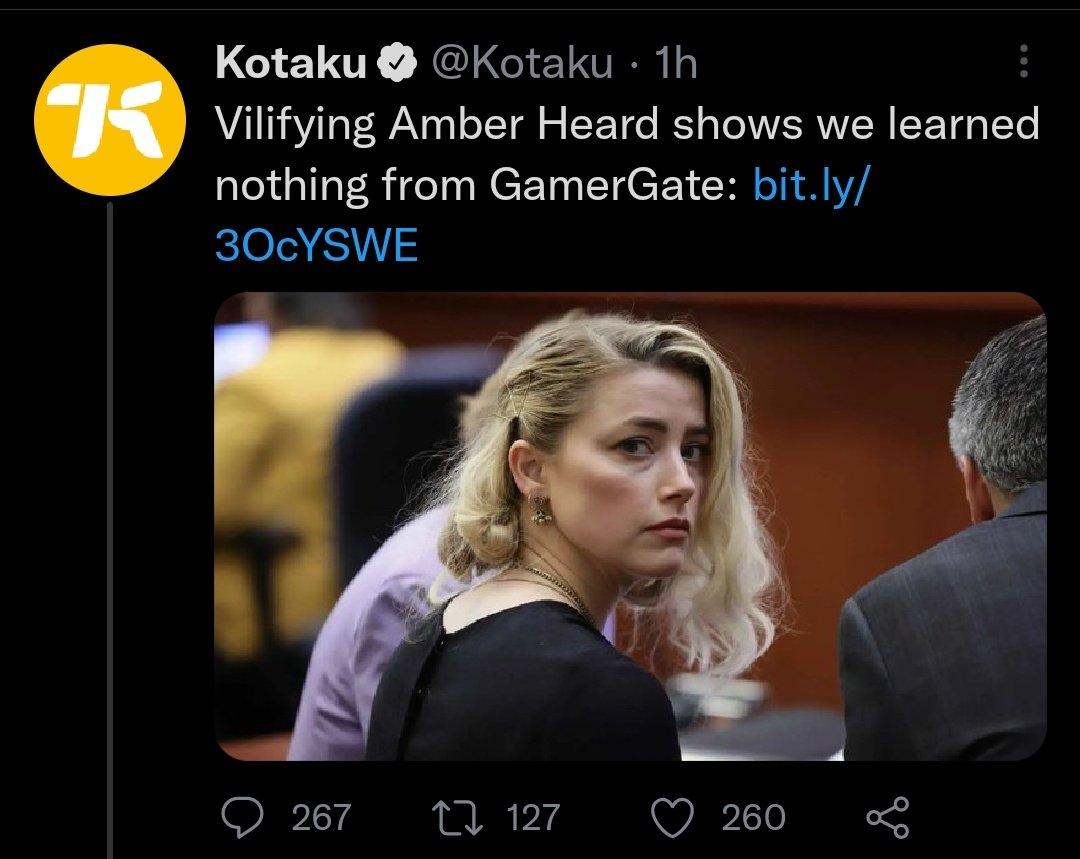 gamergate is such a crock of shit.

from what i can tell, games journalists and game developers got exposed for fake reviews, some paid off with money, others even trading sexual favors and literal prostitutes for positive press. and when it got exposed, the games journalists didn't want their racket shut down, so they just started screeching that anyone who didn't bow down to them is racist, misogynist, homophobic, antisemitic, etc.

then to take an even weirder turn, some trannies spent a shitload of time rounding up the troon brigade to run massive wikipedia editing wars to retcon it into some huge harassment movement over a bad breakup. gaming journalists realized they were losing in the court of public opinion, so they flipped the entire narrative over to this.

which is no surprise that kotaku wrote this, because amber heard and her crimes against johnny depp have nothing to do with any fake reviews or tranny breakups... it's just more smokescreen from the basic facts.

It wasn't fake reviews. The thing that started it was an undisclosed relationship between a developer and a Kotaku journalist. The "hurr durr gamergate claims Zoe Quinn slept with Nathan Grayson for positive reviews!" is a strawman they use to dismiss gamergate entirely. It wasn't positive reviews, but ZQ's Depression Quest game getting namedropped in a positive way in articles.

That she turned out to be a borderline personality disorder having, psychological abuser towards her boyfriend who cheated on him with Grayson and four other guys (the 5 Guys) was just the kicker. So far what entailed was only known as "The Quinnspiracy Theory".

What really blew it into Gamergate was, as you said, a bunch of game journalists colluding together and circling the wagons, producing (I think up to 12?) articles within the same time frame about how gamers are misogynistic loser nerds and attacking the word "gamer" itself. This caused a huge Streisand Effect, leading more and more people curious as to what the hell is up with ZQ and what she did that has so many game journalists covering her ass, leading to mass censorship across gaming sites. A short while later I believe it was Milo Yiannopoulos who uncovered the secret mailing list GameJournoPros Group which had over 100 videogame journalists communicating between each other and colluding, and oh look it's everyone who published those "gamers are dead" articles. This led to a call for better ethics in gaming journalism, and the journalists responded by smearing Gamergate entirely as a "harassment campaign against women in gaming" because some of the assholes just happened to be women.

This is also why "Gamergate" is such an apt name. Similar to Watergate, what started out as a something small (a break-in/a game journalist not disclosing his relationship) quickly unraveled something much, much bigger.

The irony is that this all would have blown over in two weeks and become forgotten if the game journalists hadn't panicked and tried using a coordinated campaign against gamers. People would have had a laugh and then moved on.

Someone correct me if I'm wrong, it's been quite awhile since I had to think about what started it all (and holy shit we're coming up on the 8th year anniversary aren't we).

Someone correct me if I'm wrong, it's been quite awhile since I had to think about what started it all

You're entirely right. Good write up.

Emphasis on the journalists trying to run cover and make articles flipping the narrative completely backfiring on them. Gamergate is a victory, some people think they won but don't realize how bad game journalists' reputation were hit, including some fired, that to this day it is an insult to be called a "gaming journalist".

Just because the rags that survived pretend nothing happened, and cucked sources like Wikipedia (which is also a website whose reputation was permanently scarred by this) cover it up doesn't mean everyone doesn't know the truth. Look at any popular account like SomeOrdinaryGamers talking about GamerGate, everyone knows the truth.

Exactly this, the gamers are dead articles made me realize to them I was racist/sexist/nazi just by living and breathing, meanwhile actual piece of shit ZQ and I'm told to mind my own business. Never trust mainstream culture again.

Good job, just keep posting this stuff everywhere it comes up. When the clown regime collapses someone will need to be around who can tell our children the true story.

You're close, but not quite there. This is the actual article that spawned it :

People put two and two together based on this article and the Zoe Post.

Grayson wasn't even at Kotaku at the time, he was at RPS.

I see you also learned nothing from GamerGate.

You also answer this question: https://kotakuinaction2.win/p/15IXfzfN4y/x/c/4OZqOwc6mlU

How are they still able to pay for staff and an office and their webhosting ? Who are the folks giving them money ?

From their Alexa ranking, ad impressions won't keep the lights on in a linen closet, much less an office with staff.

Considering that Kotaku is pushing a political agenda that has nothing to do with gaming the "we" should be the games media. Have any of the sexual predators working there been caught yet?

But Amber Heard doesn't have same levels of NPC support as Quinn did. Everyone knows this is bullshit. I don't think it will work as well for them this time.

all she has to do is tweet ONE x-ray of her broken nose.

The "medical records" she and her lawyer keep alluding to as "supressed evidence" are not actual medical records, but therapist notes. AKA "shit Amber said".

There is no proof because it never happened. All independant third parties who testified said she had no visible injury, and several testified she was the one doing the screaming, breaking things and hitting Johnny.

If it reminds you of a certain Who pushing a man to suicide with false accusations, DARVO-style, it's because both are Cluster-B Borderlines

I mean, sure, tie the proven-by-court-of-law abuser to Gamergate. Which started because of a notable abuser who cheated on her boyfriend. Gee…can they connect the dots already. Do they have enough self awareness? Nope, clearly not.

The way I remember GG was that people were wondering just who the heck ZQ was, then they found out the five guys situation, and the whole thing exploded. Like, why would so many people bend over backwards for this person? So they dug some more. Oh look, everyone is financially tied to another, and they literally do sex for favors. That's like the opposite of what you'd want from your press. They're supposed to be at least somewhat impartial. This is just fucking your way around and finding out that people don't like that. The biggest snub though, had to come from the fact that literally no one cared who ZQ was, just that people would go out of their way to say something positive about a clear abusive manipulator ... Ohhhh, I found out why they're defending Amber.

How are they still able to pay for staff and an office and their webhosting ?

Who are the folks giving them money ?