KotakuInAction2
Communities Topics Log In Sign Up
Sign In
Hot
All Posts
Settings
Win uses cookies, which are essential for the site to function. We don't want your data, nor do we share it with anyone. I accept.
DEFAULT COMMUNITIES • All General AskWin Funny Technology Animals Sports Gaming DIY Health Positive Privacy
46 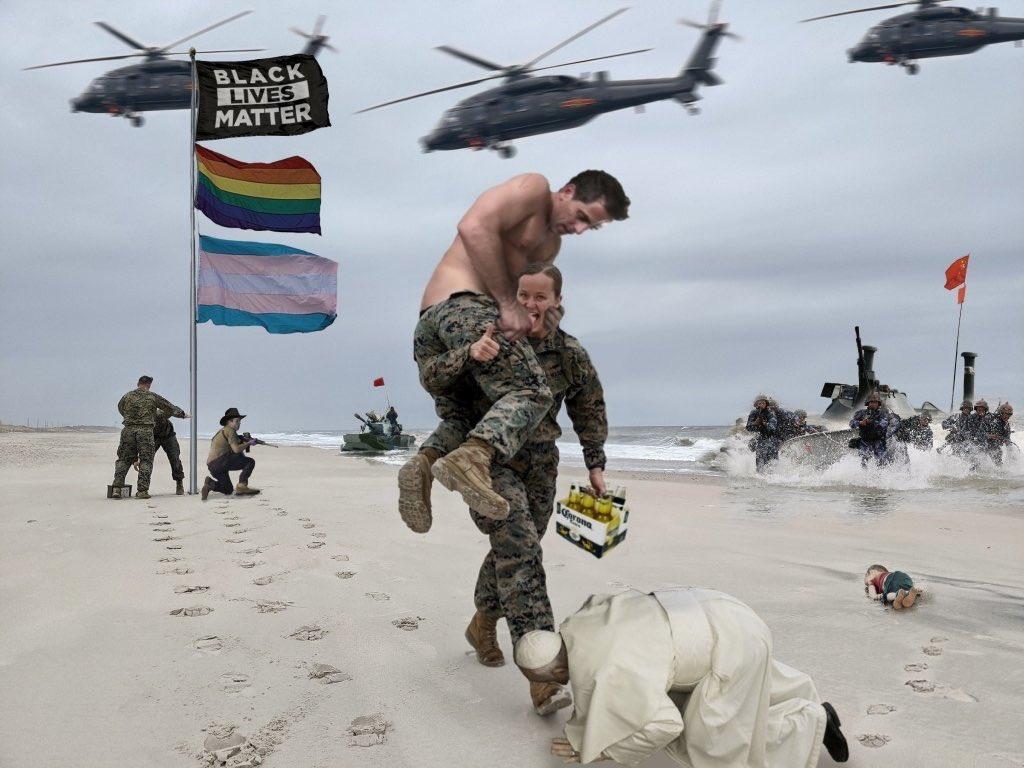 It was getting gross when I left in the mid 'teens. Officers are ... Like... Straight outta Portland. I remember, fat, brown, short rule following slaves as my fellow officers with a smattering of simp-soyboys and the occasional jock who only cares about football.

There was more though. My fellow officers were mostly there for the wrong reasons. Very little care given to The Constitution and it's violations. Most have never even read it let alone studied it. There seemed to be an undertone of blackmail happening. Hard for me to describe but you see some people do seriously bad shit... And walk away! Buried. While some other fucker splits some hair thin rule the wrong way and gets fucking killed. I never really could explain it. I think the higher-ups have a pervasive blackmail net running in the officer class. It makes the most sense.

Anyway if you are in the military GET OUT. Seriously. Medical is excellent way. Talk to the DAV on your way out. Join and use their services. Take their money if you can but avoid the VA for actual medical advice. If you are considering going in, do not do it. There is no level where you can help. Stay in your community. Protect yor family. Raise good kids and build wealth. Homeschool and remain independent. Good luck.

Just make sure to get a honorable discharge so they can't take your guns away.

That's what I've heard. Family's been in the military for years and had one relative who retired just year before last after a few decades of doing the same thing he was doing before he was forced to retired as an officer. (Not able to move up since his entire track got contracted out, didn't stop him from just doing what he did at the same posting as before, just without coming to work in uniform lol)

What was your experience with the JAG? Before hearing more from family about the current military, and before seeing all the bs going on right now, I wanted to get in as a JAG but I heard they're basically glorified political officers for the wokeists now. A term in the military's always been on my list of things to do.

Well, I'm in a conservative state so there's always my state's Guard, I guess.

Not the op, but ironic meme name, context withstanding, hah.

Jag? Idk? Never dealt with them. Sitting around in an office fucking people over with paperwork? ... Sounds like a shitty job to me. A position like that will get you blackmailed in a hot minute. I would avoid completely. As for the natty guard... Meh. It's the same. Your red state will turn blue and your tranny govenor that was just elected will get you murdered or imprisoned . None of it is worth a damn. You have no ability to push back on things you don't agree to. So simply stay free.

Officers are eating this shit up enlisted are either going in already woke or trying to get the hell out.

trying to get the hell out.

That's been the problem all along right? They don't stay in and push back. "Good people" always seem to retreat.

If an institution is fundamentally terminally infected, fighting it from within will fail. Leaving and building a new one is far more likely to succeed, and then we have alternatives that can take over as the old ones collapse.

Institutions that aren't yet infected should be defended, but don't spend resources trying to hold ground that's already been lost.

Of all the institutions to try to assert your values from the inside of, the one with the strict chain of command and its own, more extreme, punitive justice system, who's primary onboarding purpose is breaking independence and conditioning obedience is not the most wise choice.

But is every institution fundamentally infected from the start? The US military post-WW2 most likely would not have tolerated any of the bullshit we see today.

Not from the start. Just currently. However, the infection is terminal if it advances to the stage of controlling the upper hierarchy.

These institutions are being strongly encouraged from top levels to purge themselves of non-progressives. The progressives have a full lock on power. Now they purge non-cult members. This was easy to see when generals were replaced by progressives under Obama.

There is no retaking this country or its institutions. They are the majority and they already have full power and control. No one gets off this train. There are no stops.

The next steps are a deep recession, further destruction of small businesses and consolidation, shortages, and then the dreaded and fatal price controls.

After that all is left for us is the camps, if we are lucky.

Don't give up, just recogize which battles can be won. Battles for the institutions cannot. Battles backed by newly created institutions, on home turf, with local community backing, can.

You cannot. Look up Lt. Col. Scheller. He's going to Gitmo for reading the Declaration of Independence. Count on it. I would be shocked if there was another outcome.

There is no pushing back because we can't organize because we are leaderless. That simple. The likes of Trump are the cause of that. Larp as a leader then do nothing at all and leave a position you earned without a fight. Things have to get a heck of a lot worse before real leaders can start to pick up the pieces.

Imagine the future we're in for when you realize the entire purpose of the military is to train for obedience, not patriotism.

LOLL i Just noticed they edited the marine lmfao

I know a small amount of military people and they are all woke....

that was great, she carried the guy a whole 5 feet on an empty beach. A+ combat skills.

Someone needs to add in the talis in all the gear that THIS army's leadership left behind for the terrrorists to take.

I dude I just talked in college with says the air force is requiring they either get the vaccine or get discharged. He knows taking the vaccine is wrong due to religious reasons, but isnt sure what to do about the discharge part, since it isnt honorable (or dishonorable).