Another great find. Found a bunch of these reprints along with 50s era pulps for a quarter a piece. So much literature from the pre woke days. (media.kotakuinaction2.win)
posted 4 days ago by Smith1980 +38 / -1 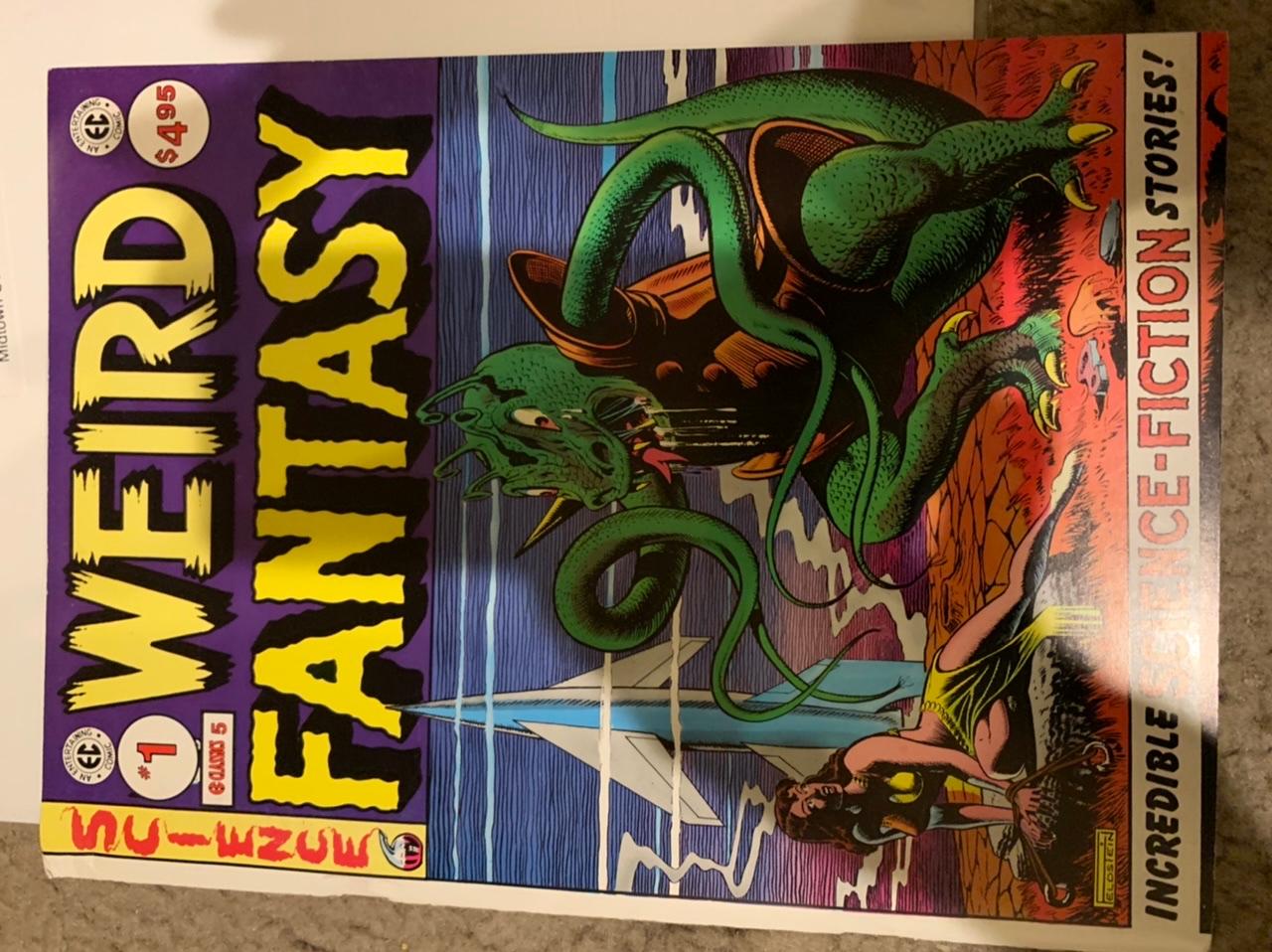 You know, this reminds me of something.

I visited a thread on 8chan a long while back that started off by making fun of the newest comics run of The Shadow, an old pulp hero. It was a reboot, and there was something to do with school shooters. However, that doesn't matter that much.

What does matter is that as the thread went on, people started being nostalgic about the old stuff, and that led to people posting about a fairly old Batman crossover that had something to do with Shangri-La. The real meat came when someone posted a ton of links to the old radio plays and, I think, comics done in the 50s. God, there was nothing more amazing than seeing all these old fans come together.

The bad news is that I did not save the links, along with the thread probably being lost to time. I still have my memories though.

Of course, I could still look them up online, but I guess it won't be the same.

I just think it's really nice when people go looking for the old works, lost to some back alley comic book store.

Cool! I’ve been collecting comic books since I was 10 (now 40) and I remember reading that at some comic shops the back issues out sell current stuff. There are a few modern day comics I like but I’m turned off by a lot of them. One thing I’ve enjoyed is picking up original avengers, Thor, and fantastic four runs.

The original Jack Kirby & Stan Lee Fantastic Four is amazing. I read the black and white reprints some years ago, and was blown away by the art and how fun the stories were.

They had incredible work ethic. How many books was Jack Kirby doing every month? These days the ‘artists’ can barely put out one, and the quality is terrible.

I recently found a reprint of the original Eternals. I need to find some if the New Gods. I know that Hollywood won’t be telling Jack Kirby’s story.

Very cool! If you like comic books, you don’t have to worry about them being trash now, because there’s so much old stuff to discover you can get lost in it. I enjoy going back to the old newspaper strips like Flash Gordon and The Phantom, too.

Pulp novels and old sci-fi/fantasy are the same. Edgar Rice Burroughs, Robert E. Howard, H. Rider Haggard, characters like Doc Savage and The Shadow, and on and on.

I recently found the entire Conan collection by Howard. I need to check out the others you mentioned. Robert Heinlein is my all time favorite author and I know he loved Edgar Rice Burroughs.

Up until about 2014 I used to buy an anthology of the best sci-fi/fantasy stories from the previous year. But now the Hugo awards seem to care more about diversity than story.

Up until about 2014 I used to buy an anthology of the best sci-fi/fantasy stories from the previous year.

Heh, I used to buy "Year's Best SF" but gave up on it a few years before it stopped running. I went to Wikipedia and looked over the articles on the series just now. I recognized a few of the covers but I had to go through three covers I recognized before I got to one story I recognized. (And I have to wonder if the only reason I recognized it was because my friend borrowed the book and loved that one story so much he wrote an essay on it that I proofread for him.)

You can get plenty of old stuff on archive sites as well. Copyright law is one of the worst things preventing the actual spread of culture.

Me too! Found a couple of Fantastic Adventures in a nearby store. Damsels in distress and the whole nine yards. :) https://pulpcovers.com/wp-content/uploads/2015/07/Fantastic-Adventures-Quarterly-Winter-1949.jpg

Love those!! Has anyone ever tried to “reboot” pulps?

I don't think so. Magazines don't sell well these days. But I bet you can find online fiction in the style of the pulps. Of course, you can also find tons of old pulp stories republished as books. On top of it all, I also have the "Justice Inc" pulp roleplaying game. Never played it but I will one day (and check that cover illustration)