KotakuInAction2
Communities Topics Log In Sign Up
Sign In
Hot
All Posts
Settings
Win uses cookies, which are essential for the site to function. We don't want your data, nor do we share it with anyone. I accept.
DEFAULT COMMUNITIES • All General AskWin Funny Technology Animals Sports Gaming DIY Health Positive Privacy
76 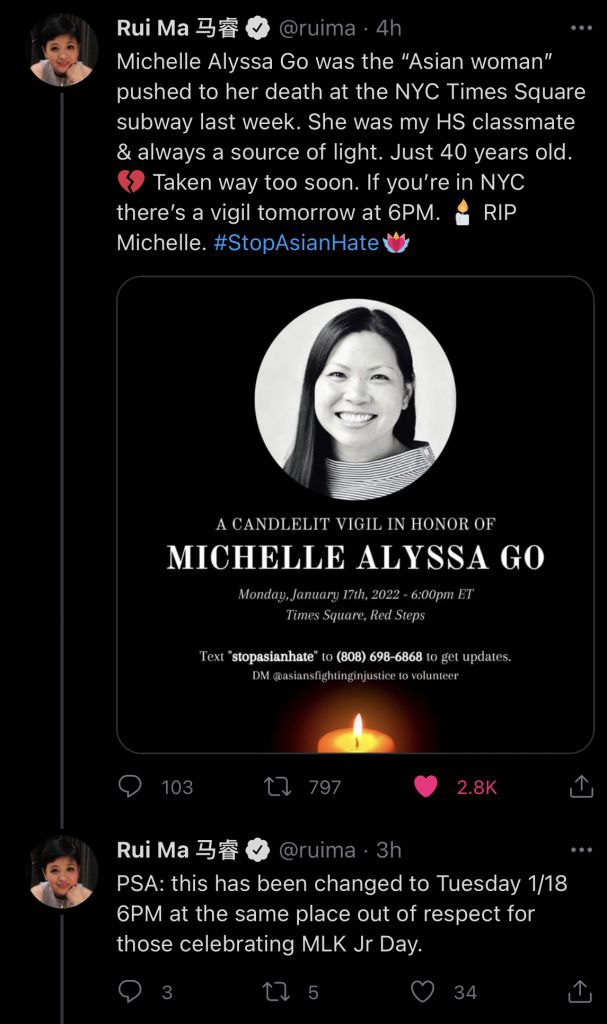 pushed to her death

That's not how you spell 'Murdered in a racially motivated hate crime.'

Weak-ass faggots. He had a rap sheet a mile long. Vigilante justice would be way more effective at this point. If the crowd sees someone like this worthless hood rat commit a violent crime, then just take him out. It would make the world a bit better place

The emergence of this sentiment is inevitable when the criminal justice system fails to dispense any actual justice.

The emergence is a little less predictable when you can obviously see them quite happy to dispense excessive "justice" on people who meet certain political/visual criteria. It chills people's reactions, but only until enough of them visibly can't be chilled anymore.

There was a plebbit thread about it and the sheer number of people coming in to say that he fucked with them in some way but then immediately hand-wring about "THOSE EVIL RACISTS" Its absurd.

Especially with the Manhattan DA refusing to ask for prison time for basically every crime.

why there all these niggas attacking the asian peeps?

If you ask a leftard, it's because of Trump's anti-china rhetoric.

In this particular case, though, it seems the guy might just be a mentally ill lunatic who has been slowly unravelling for the past 25 years: https://www.dailymail.co.uk/news/article-10405999/NYC-man-pushes-woman-death-railroad-tracks-Times-Square-subway-station.html

it's because of Trump's anti-china rhetoric.

But don't you dare bring up to them that since the perps are almost always black in these incidents, that implies that visible minorities are the most strident and active supporters of Trump by that logic, and the Lefties would be highly racist people to be so actively against the representative chosen by the black community.

They never acknowledge that the perps are largely black so that won't work.

Out of the $850 million worth of damage done in L.A., half of it was on Korean-owned businesses because most of Koreatown was looted and destroyed.[104] The effects of the riots, which displaced Korean Americans and destroyed their sources of income, and the little aid given to those who suffered, still affected LA-based Koreans in 2017, as they struggled with economic hardship created by the riots.

What did the Koreans ever do to black Americans or their ancestors? Nothing.

I wouldn't even say it's thought that deeply on an interpersonal level, it's just racial friction because Asians are significantly less likely to put up with shit like whitey does out of fear of being seen as racist, because they know their own people will back them up (unlike white people).

I think that's giving them too much credit, a hood rat isn't capable of complex reasoning like that. I think the explanation is much more simple - Asians tend to be smaller, which marks them as easy prey to a feral animal.

Niggers gonna nog. It's what they do. It dey culcha.

So ridiculous. This is why crime keeps rising