KotakuInAction2
Communities Topics Log In Sign Up
Sign In
Hot
All Posts
Settings
Win uses cookies, which are essential for the site to function. We don't want your data, nor do we share it with anyone. I accept.
DEFAULT COMMUNITIES • All General AskWin Funny Technology Animals Sports Gaming DIY Health Positive Privacy
139 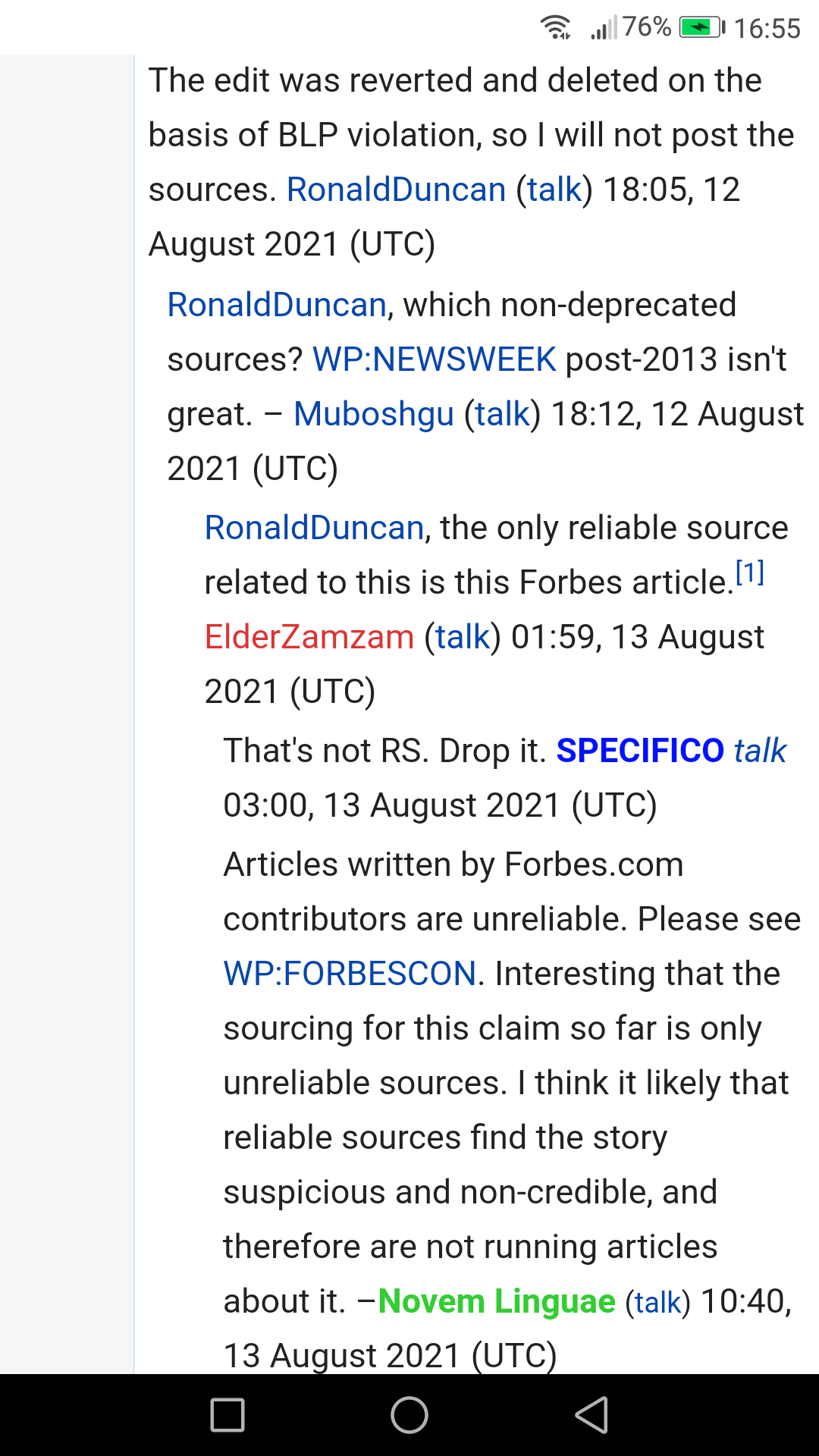 Which can be compared with such biography of a dead person:

Adolf Hitler was an Austrian-born German politician who was the dictator of Germany from 1933 to 1945. He rose to power as the leader of the Nazi Party, becoming Chancellor in 1933 and then assuming the title of Führer und Reichskanzler in 1934.

You know who else is a pretty great guy?

Osama bin Mohammed bin Awad bin Laden[a][1] (March 10, 1957[7] – May 2, 2011[8]), also transliterated as Usama bin Ladin, was a founder of the pan-Islamic militant organization al-Qaeda. The group is designated as a terrorist group by the United Nations Security Council, the North Atlantic Treaty Organization (NATO), the European Union, and various countries.

And here's a bad guy:

Gavin Miles McInnes (/məˈkɪnɪs/; born 17 July 1970) is a Canadian writer, podcaster and far-right political commentator. He is the host of the podcast Get Off My Lawn, on the online video platform Censored.TV, which he founded.[1] He co-founded Vice in 1994 at the age of 24, and relocated to the United States in 2001. In more recent years, he has drawn attention for his far-right political activism and his role as the founder of the Proud Boys, a neo-fascist organization[2][3] designated as a terrorist group in Canada.[4][5] McInnes has been accused of promoting violence against political opponents, but has claimed that he only has supported political violence in self-defense and that he is not far-right or a supporter of fascism.

Country Boys Vs Proud Boys (Google versions based on Wikipedia):

The Taliban is a Deobandi Islamist religious and political movement and military organization in Afghanistan.

The Proud Boys is a far-right, neo-fascist, and exclusively male organization that promotes and engages in political violence in the United States.

One of these is run by a govt shill.

One of these is the government now.

Reliable sources wouldn't report on this, therefore any reporting is by definition unreliable

So dumb it's painful to read lol

I stopped contributing to Wikipedia over 15 years ago when they started that faggotry, and I'm not surprised to see they've gotten worse. Since then we now have social media fact-checking and bans for "misinformation". But their favored "reliable sources" can spread misinformation all day long. Wikipedia was the model.

"Interesting that the sourcing for this claim so far is only unreliable sources," he says smugly as he declares every source he doesn't like unreliable.

Are they really that stupid or are they just so evil they have no qualms acting like the bad guy in a Saturday morning cartoon so long as they're furthering The Cause?

Wikipedia editors are usually so autistically devoted to Wikipedia they exist in a world where they cannot see through anything but Wikipedia bureaucracy. Once you are that deep in their world, I'm sure the logic makes sense like any good management stooge.

Yes, just today I checked whether they were still branding this whole thing as a 'conspiracy theory'.

To imagine that there are people who blindly trust the trash on Wikipedia.

Non-credible source: Everything else.

Anything not overtly leftist is 'unreliable'.

Meanwhile, it doesn't matter how many times leftist media manages to be wrong (Trump-Russia, Covington, Jussie Smollet, capital 'insurrection'), they will never ever be considered unreliable at all.

I stopped donating to WikiLeftia a long time ago. Now they keep begging yearly for money.

Tell them they can go to fuck themselves, and why.

Source - the voices in my head.

Any worthwhile alternatives to Wikishit? I've got Infogalactic bookmarked but I haven't really needed anything like that lately.